The Power of Music


No matter at what time I go to bed on Saturday evening, 6 am on Sunday morning is always too early. It’s not normal, it’s off schedule, and it happens every Sunday. Few members of Musica Viva live in the neighborhood of the church, some travel farther than I do. The thought is a meager consolation at 6 am on Sunday morning, though. Except for the soloists, these are not paid positions, and the choir members are not necessarily members of the church.
You do what you have to do, and by the time the bus has passed Newark Airport and the New York Skyline appears in the distance, my spirits begin to lift. Enthusiasm picks up as I walk up 8th Avenue, cross Central Park on my way to the East Side, and get a glimpse at the latest in trendy dog clothes when passing the dog run.
By the time I get to church I’m no longer tired, and by the time we start to sing, I’ve forgotten that I ever had a problem getting up. Even though I’m usually cranky when the alarm clock goes off, it’s become a routine over time - a welcome and, in the end, a much loved habit, just like practicing piano. The secret is to get over the first bump, after that, you will be fine.
A concert is coming up two weeks from now, and I was not thrilled about the extra rehearsal after the two services, which made it impossible to get to Raj Bhimani’s recital in Westchester by 2 pm. But we lost a rehearsal to the snowstorm, and we still get tangled up in the meandering lines of the Renaissance Music that is on the program. You really have to know what you’re doing in order to shape those lines independently, and that’s what this music is all about . After a while the music draws you in, you forget you ever had any other plans, and time disappears.
Since I couldn’t make it to Westchester, I made a dash for the Manhattan School of Music once we got out of church, where another friend of mine was participating in a Chopin Marathon. It was one of the events happening these days in order to celebrate the 200th anniversary of Chopin’s birthday.
The Uptown 1 was making express stops, which meant I had to take the bus. That is about twice as fast as walking and it meant I was going to be late!


I was lucky, though. The speaker was just announcing Joseph Smith’s performance when I walked into the concert hall. Relieved, I dropped into a seat, soon enchanted by Joseph’s beautiful, sensitive playing of a Nocturne by John Field and a Nocturne by Chopin, with the original embellishments. I had never heard them before, and Joe made them sound like a true improvisation in the moment.
The Nocturnes were the beginning of 4 hours of magic - Mazurkas, Polonaises, Ballades, Scherzos, Etudes, Preludes, the Fantasia, both Sonatas. Every part of the program was played by a different pianist, which gave the concert a great variety of personalities and styles of playing. I particularly liked Mirian Conti’s imaginative interpretation of the Mazurkas, and Josu de Salaun’s b-minor Sonata was breathtaking. The program ended with the Berceuse.  When Raymond Wong, the pianist, entered the stage, I noticed his bandaged hands. He had injured them in a bad fall, the speaker told the audience later, but he wouldn’t give up the performance. You simply do what you have to do, and despite his injuries he conjured magic out of the piano.

So, here’s to Music, helping us over the bumps of life, and to Frederic Chopin one of the greatest composers for the piano, on the 200th anniversary of his birthday.
Posted by BM at 12:17 PM No comments:

The Magic of the Snow

Just as I was getting ready to post these pictures last night, the power went out! Today the snowstorm has passed, the power is back and school children in New Jersey were enjoying their second day off.
New York, New Hampshire and New Jersey don't look that different under the snow.
Enjoy the pictures, before it all melts away 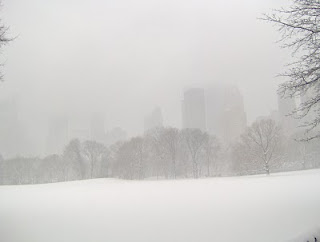 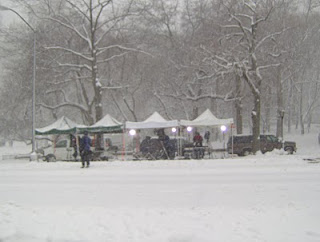 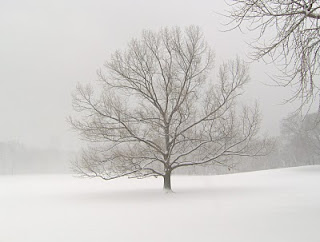 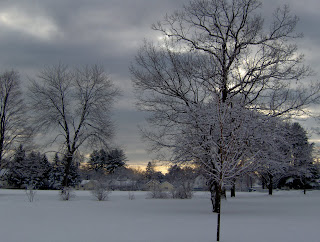 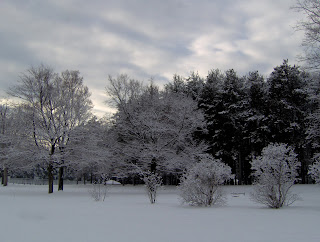 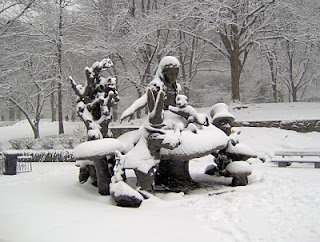 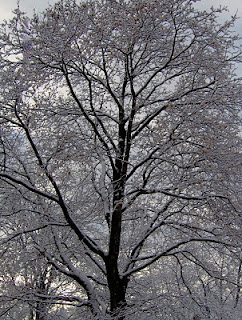 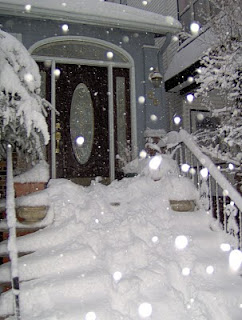 Getting back into the house was a challenge 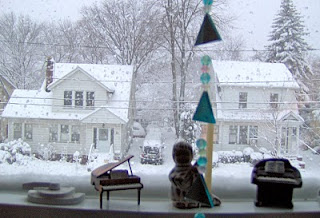 Thought you knew your scales? Try this!

I have to admit that I did not practice scales and arpeggios as a kid. I hated them, those meaningless, boring snake-like things with flats and sharps and fingerings that followed complicated rules that remained a mystery to me. (Just on the side, I hated fingerings, too.) Stubborn, I resisted my teachers’ efforts to plead, coax, bribe and threaten me into practicing scales. In the end, they gave up on the scales and I continued lessons. There was some scale practicing at college, but it didn’t have a lasting impact.

Ten years ago, during my “piano sabbatical” in New York City I needed a warm up before I plunged into my 6 + hours practice day. Scales kept coming out of the practice rooms at International House, where I lived, and I assumed that Seymour Bernstein assumed that I practiced scales. So, I started to practice scales (and arpeggios) and it became a habit. How long it took me to play C-major 4 octaves, in parallel motion without either running out of fingers or having “left overs” at the end - don’t ask.
It wasn’t until I worked my way through the 1st book of Bach’s Well-Tempered Clavier that the concept of the circle of 5ths and the different keys began to fascinate me. First of all, I came out of the project a much more fluent reader of all 24 keys. I discovered that part of the “key” issue was a reading issue, and once I looked at the keyboard, the reading issue dissolved into patterns of black and white keys - not unlike knitting patterns. Who cared what the keys were called? If I connected those patterns with the notes I saw on the page, life became a lot easier.
Over time, the standard scale patterns became boring. Scales in unison rarely appear in  repertoire, and they sound much more interesting if you play in 3rds or 6ths, or how about 4ths, 5ths ....and 2nds. You don’t want to do scales in 2nds too extensively if you are sharing the house with anyone else.
And how about a different scale in each hand: D-major in one hand, and E-flat in the other. This sounds like a piano that is very much out of tune. Can your ear follow each scale?
Plan for a 4 octave scale (in 3rds or 6ths) and keep changing from major to minor and vice versa. Go up in major and down in minor. Change with every octave. Why is it so much harder to play scales down than up? If your scale going up is much better than the scale going down, replace it by an arpeggio. Using this shortcut saves time and you get to practice more scales going down.
Arpeggios also make excellent connections between different scales, D7, diminished, augmented - how many different ways can you find to get around the circle of 5ths?
The goal is not so much perfection as exploration and stimulating the mind and the ear. What does this sound like? Can I anticipate the sound that is to follow?
I’m having fun, so much fun that I sometimes have to remind myself that there is, after all, repertoire to practice.
If I ever run out of options, I’m going to knit a scarf in a B-major pattern....
Knitting Pattern: Scarf in B- major, 2 octaves in 6ths      © Birgit Matzerath 2010
©©©©©©
Posted by BM at 9:22 PM 2 comments: